We are often asked if someone needs an atlatl weight on their newly purchased atlatl. We usually suggest is that you try the atlatl first without the weight and see how it works for you. Wondering if you need a weight? Try attaching a small stone on the atlatl shaft and see if it makes a difference for you!

Weights add balance and stability to an atlatl system. They improve accuracy for many atlatlists and make it easier to hold the atlatl steady while aiming at the target. One reason it helps is to steady the atlatl is that it balances the weight of the dart. It also adds inertia to the system, which tends to minimize shaking and wiggling caused by the atlatlist’s body functions such as heartbeat and respiration etc. Depending on the placement of the weight on the shaft of the atlatl, there is also more or less of a “pendulum effect” which helps to stabilize the swinging atlatl during the shot. Placing the weight closer to the hook end of the atlatl produces more of the effect at the expense of some of the speed or energy of the shot.

Placing the weight closer to the handle is a good compromise between not having a weight and having it out at the distal end. Besides that, atlatl weights look really great on your atlatl! (not to mention the Oooga Booga affect, which if you belong to the Secret Ear-o-Corn you understand without further explanation.)

We have a nice selection of atlatl weights in stock. If you think you would like to try a weight, we have a variety of weights available ranging from $5 to $20 on up to semi precious polished stones. Others can be custom-made for you. Prices for atlatl weights are made of so many different materials, from common to precious, that prices vary greatly. If you would like more information about atlatl weights, give us a call at 800-836-4520 or 607-743-4379. 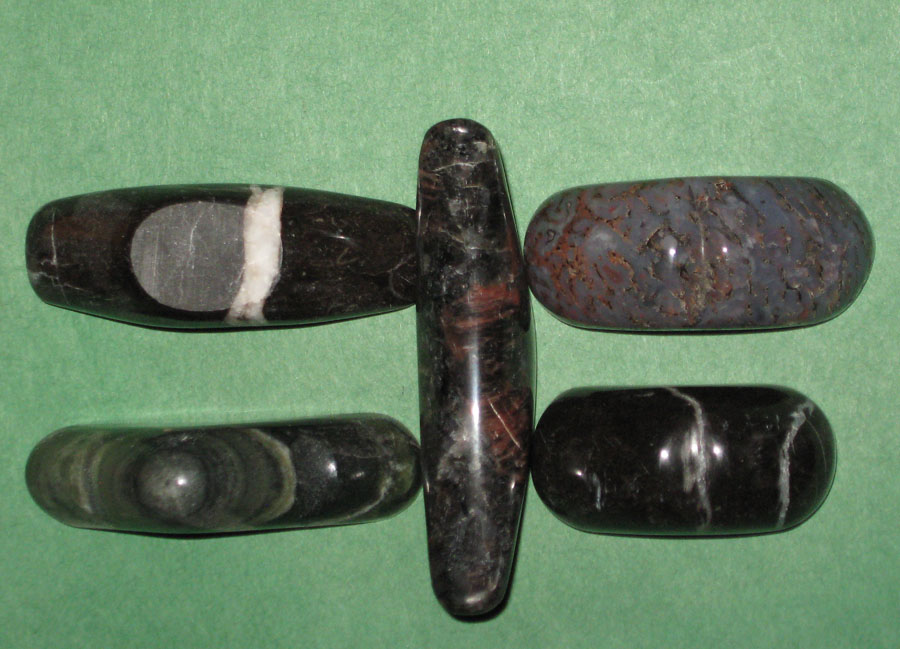 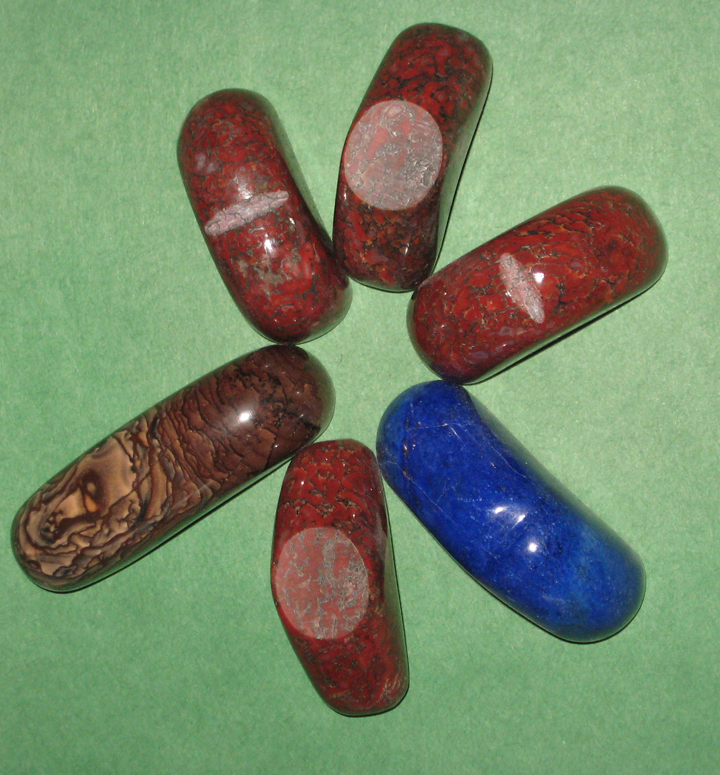