Thunderbird Atlatls have been featured on a wide variety of TV shows and films. Here are some of our media appearances.

Is an atlatl dart powerful enough to puncture the steel armor of conquistadors? Weapon Masters finds out. This video features Bob Berg and was filmed at the Stonetool Craftsmen Show at Letchworth State Park.

“[The Wyalusing] is hewn with the bone of a mammoth, so it carries the strength and the spirit of the beast.”

“It’s like ancient, uh, neandrathal technology…it’s what the cavemans used to use back like a billion years ago…they would like hunt with it and use it in tribal warfare, and they’d kill each other. It was pretty cool.” – Napoleon Dynamite

The Aztec warrior uses our Nanticoke Atlatl and darts in a death match on this segment of Deadly Warrior.

Bob Berg teaches Marianne Eaton of Vermont Public Television how to make and throw with the atlatl.

Atlatl Expert Bob Berg and Archaeology Professor Jim Petersen speak about the atlatl, and its uses both modern and in prehistoric New England.

Sheena – Queen of the Jungle 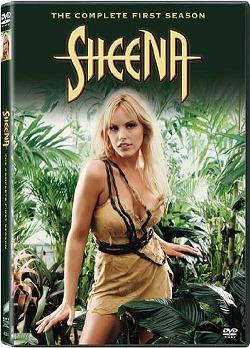 Sheena was an action adventure show about a jungle
warrior queen with the ability to transform into animals. It was produced from 2000-2002. Thunderbird Atlatl produced atlatls and darts used on this program several times.

“We sent atlatls and darts to Disney Productions in Florida for use in the new Sheena television series. Sheena will be using atlatls when the television show premiers this fall. I understand that she shoots down a plane with her atlatl!” – Cheryll Berg

Our Kanakadea Atlatl Kit was featured on the “Siege and Ballistics Kits” episode of Make Magazine’s Live web show.

Age of the Dragons

The Tioga and Catatonk Hunter atlatls are featured in the fantasy adventure film “Age of Dragons” (2011).

“Age of the Dragons” is an adaptation of Herman Melville’s classic novel Moby Dick. Set in a medieval realm where Captain Ahab and crew hunt dragons for the vitriol that powers their world, Ishmael, a charismatic harpooner joins their quest.

In the trailer below you can see Ishmael shooting a giant metal harpoon (!) with one of our atlatls around 1:55.

Nevada Passage is an adventure race competition. In 2007, they featured our Thunderbird Atlatls as part of their competition.

A promotional video for the living history museum Land of Legends (Sagnlandet Lejre) in Denmark, showing the hunter-gatherer cultures of Scandinavia. In this video, a native of Greenland shoots one of our atlatls.

Although this show does not feature our atlatls, Bob Berg made the spears and flint points for this popular Discovery Channel documentary program.

Synopsis of Neanderthal “Long ago, two species of human beings coexisted on Earth until competition drove one of them to extinction. This program, set in the southwest of France 35,000 years ago, uses re-creations of cinematic proportions to reconstruct life in the Neanderthal world at the time Cro-Magnons first entered the scene. All aspects of Neanderthal clan life are examined, including tool- and weapon-making, hunting and gathering, health and healing, childbirth, rituals, and making fire. Footage of skeletal remains and the scholarly research of eminent paleontologist Chris Stringer and Oxford University’s Paul Pettitt support the documentary. A Discovery Channel Production.”