Thunderbird Atlatl joined atlatl enthusiasts in three atlatl battles this past week at the Pennsic War! The atlatl was also used on the thrown weapons range this year, giving more people a chance to try it out. Looking forward to the Stone Tool Show at Letchwork the end of August.

Top Photo: With the fort in the background, Laird GrimÃ²lfr OrmÃ lfrson casts a dart in the final atlatl battle and (Bottom Photo:) warriors stand in a field of cast darts! 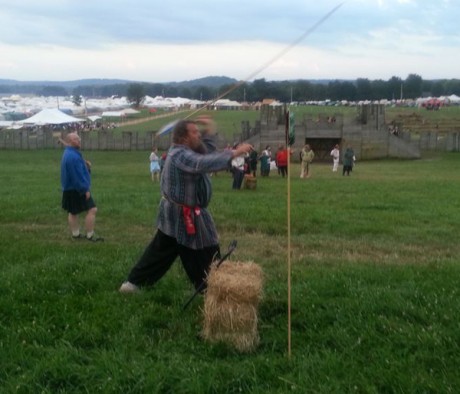