Besides the United States, there was participation in the United Kingdom, France, and Canada (Quebec and New Brunswick).

There were more than 150 people participating this year. Numbers were a little down because of weather in some areas and in England, the Queen’s Jubilee got a little more attention than the atlatl event!

Groups of all sizes gathered at various venues to spend a day or part of a day casting darts! It was a fun event for all who participated. We had a small group here at the Thunderbird Atlatl shop. 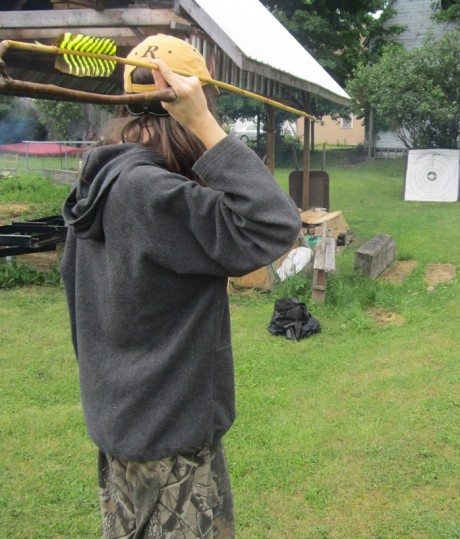