I have been experimenting with atlatls well over a decade. In my experiments with the atlatl I have never been able to experience any improvement in speed, power, energy, penetration, or distance using an atlatl weight that couldnâ€™t be attributed to the atlatlist throwing harder. It has, however been my experience that an atlatlist can maximize the energy put into the shot by developing good form and simply putting more exertion into it.

There is in fact a little energy stored in the bending shaft. The amount of energy this represents is so small compared with the total energy of the system that I contend that it is negligible. However, the atlatl weight and flexible shaft in fact do something positive.

My theory is that the atlatl weight adds stability to the cast by slowing it down a bit and keeping everything in line, more or less, depending on the delivery method used by the atlatlist. It all has to do with inertia. The weight slows down the cast at the beginning because inertia has to be overcome with energy. The critical initial moments of the cast determine the direction the dart will fly. Slowing this part down can gain the atlatlist a little time to move the body forward, without changing the direction of the dart too much. It also requires energy to overcome the inertia of the atlatl (including the weight and the weight of the dart) to push the dart out the critical initial alignment. Once the atlatl is in motion the extra mass keeps everything going in that same critical direction.

You can do a little experiment to see how much energy there really is by bracing your atlatl in a vise, knocking the dart and putting approximately the amount of force against and letting it go. The dart will jump a few inches at most which to me is fairly unimpressive compared to the amount of energy I can add to the system just by exerting myself a little more at the end of the cast.

(By the way, exerting yourself at the beginning of the cast is counter productive as it tends to deflect the initial direction of the dart. It also over flexes the dart and creates a lot of lateral motion which results in a lot of dart wobble.) Others have theorized that there is a relationship having to do with energy stored briefly during the shot in the bending dart shaft, and in the bending atlatl shaft. It is these together with the mystical properties of the atlatl weight, according to the popular theory which creates energy. I donâ€™t think so. This idea defies logic and the laws of physics.

The closer to the distal end one places the weight, or the heavier the weight, the more energy is required to get the atlatl in motion, the weight being mass with inertia to overcome. It can be argued that that inertia gets transferred to the dart through spring tension release, but I submit to you that no matter what you do, you canâ€™t get any more out of the system than you put into it. 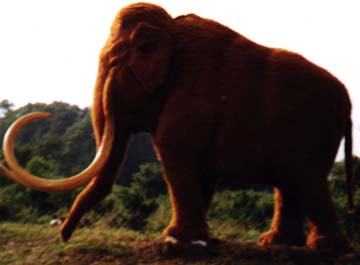